Sadly David died in December 2021. This website is being maintained by his family; in due course we hope to make much more of his extensive body of work available for purchase so his legacy can be enjoyed as it should be; hanging on people’s walls.

David T. Bowyer was born in 1950 and grew up in Birmingham, where he was educated at King Edwards School, Birmingham and Bourneville School of Art and Crafts, followed by his Diploma in Art & Design at Ravensbourne College Of Art And Design, working principally in the Fine Art Department Print Room, with post-graduate studies at Manchester Polytechnic.  In 1974 he took up residence in Blackheath, South East London, where he lived with his wife and family until his death in 2021. 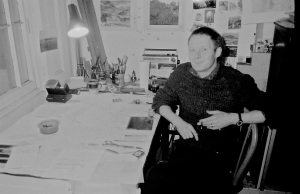 Printmaking was a life long obsession in all its various forms.  As a sixth former, he was responsible for printing the school Christmas Card in relief; now he is self-publishing, the tradition continues with miniature etchings, made by his then young children.

Making paintings and drawings in his home studio, he rented open print spaces to make etchings and silkscreen prints until in 1980 he was engaged as an editioning copperplate printer on the Banks’ Florilegium for Alecto Editions in conjunction with the British Museum (Natural History)  before moving to Clarendon Graphics to make limited edition colour etchings for studio publication under the direction of Anthony Benjamin.  Further images were published by Midlands based Buckingham Fine Art.

In 1985 he was elected to membership of Greenwich Printmakers Association, an artist’s cooperative running our own permanent gallery centrally located in the town centre.  He joined Southbank Printmakers, a similarly cooperative enterprise, in 2007.  His limited edition colour etchings are complemented by works on paper in watercolour and drawing media, forming parallel bodies of work.

Like many artists, economic circumstances occasionally kept him from the studio, in favour of education in secondary schools, plugging the gaps in the system as a supply teacher and working with adult learners in local authority evening classes and independently-run residential courses.

Like Loading...
All images are copyright David T. Bowyer. Please do not use without permission. If you like an image, please demonstrate your support by making an order! 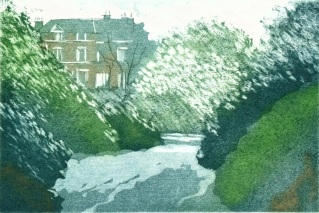 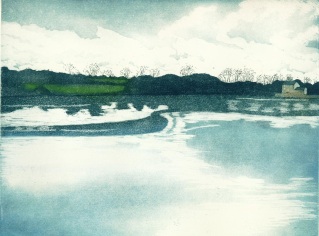 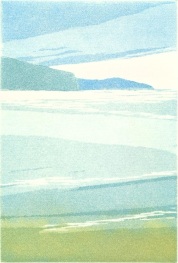 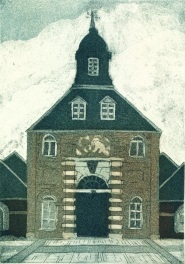 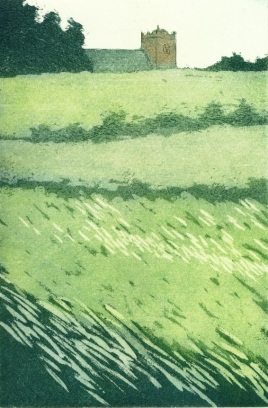